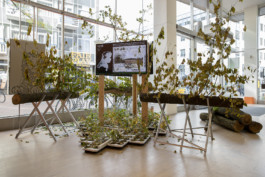 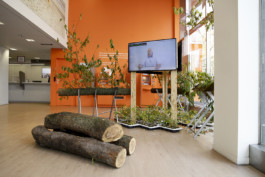 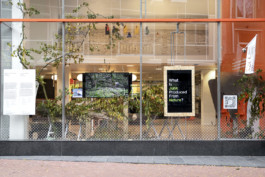 Over €250 million has been spent in The Netherlands in attempts to eradicate the American Black Cherry, a species introduced in 1740 as a decorative tree. Once considered potentially lucrative, the tree has been through a series of identity shifts framing it first as a saviour and then as a pariah in the management of native woodland.

Its metamorphosis into a pest occurred in the 1960s, when the dominance of Black Cherry was seen as a hindrance to the natural regeneration and monoculture of native Scots pine in some areas. Contemporary forestry had created an environment ripe for colonisation. For the last 70 years, forest managers have chased it through woodlands trying to get rid of it.

The rhetoric used against the tree echoes that of political fascists, with an exotic species becoming a symbol of the rejection of the unknown and foreign. The campaign against the species has even affected the views of the scientific community and policymakers alike.

Minji Choi explores the Black Cherry’s negative reputation, linking it to changes in industry, the romanticisation of nature and political and economic crises. Pieces of Black Cherry taken from the Oerle Forest in North Brabant are arranged around three digital screens with infographics, interviews and documentary footage that together offer an overview of the tree’s history and current position, explaining its evolution in status from natural ornament to forest junk.

Junk. All That Is Solid Melts into Trash