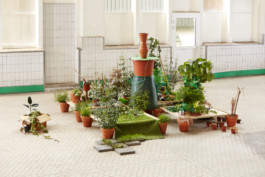 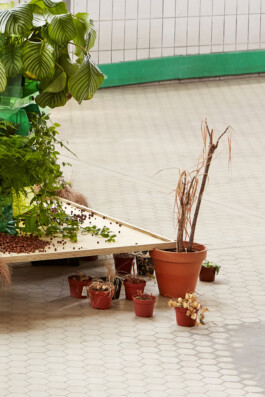 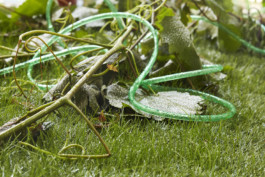 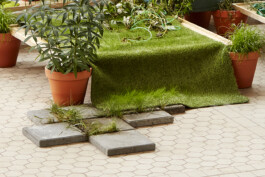 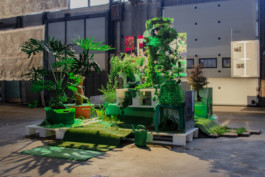 The aim of the project The Dignity of Plants is to provoke a new ethical attitude towards nature – a hybrid between different scientific, aesthetic, moral and religious perspectives.

“As the world enters the Anthropocene era, where the division between what is natural and man-made might be totally lost, I explore the question of the ‘dignity of plants’, or the ‘rights of plants’, to redefine our ethical position in relation to humans and other living species, including the animal and vegetal word. I attempt to deconstruct conventional attitudes based on false distinctions between natural and artificial, moral notions of good and bad, between our consideration for the individual and the ecosystem.”

The core of this research, focussing on the dignity of living beings with regard to plants, is inspired by the ethical discussions conducted by the Swiss Federal Ethics Committee on Non-Human Biotechnology (ECNH, 2008). To understand how the concept of plant rights could relate to the design industry, Choi focused on the idea of monoculture through a case study of pines – the most common timber used for production by IKEA. Modern forestry is largely based on monocultures and is known to be detrimental to the environment, destroying biodiversity and disturbing the ecosystem – thus sounds the general opinion. The conclusion of the pine study, however, contradicts our current ethical values, making them vulnerable. Sometimes abiding with a monoculture is perfectly in line with the aim to favour sustainable, natural processes. Seemingly sound intuitions are all too often based on false sentiments and prejudices.

Like the garden of Eden, the garden that was created by Minji Choi, is a miniature idealisation of nature and an idealisation of how people relate to the concept of nature. The various elements, as well as the totality, represent the ambiguous divisions and complex cohabitations between the natural and the man-made, interweaving the analogies and differences between them, such as the grass growing on a plastic imitation of grass. 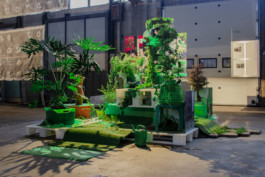 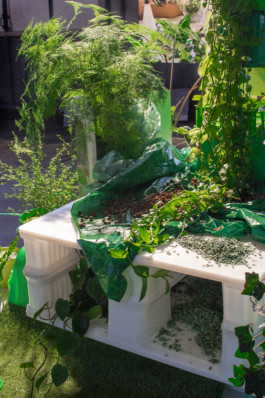 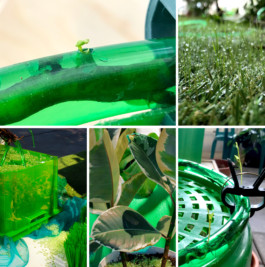 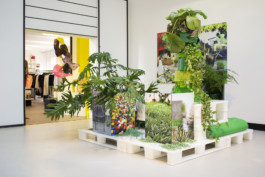 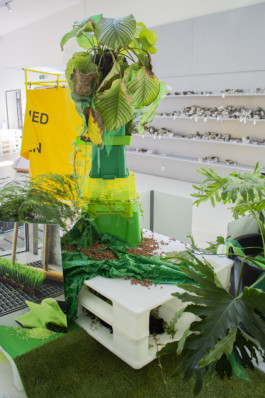 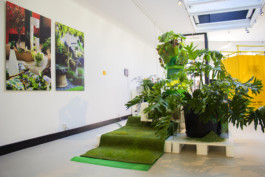